On december 16th, 2016, Square Enix released an incredible new figure of Odin the Dark Divinity, as primordial and a really hard boss from Final Fantasy XIV.

Odin was so hard to defeat because when he has only 5% HP, he charges Zentatsuken attach, which kill every people in the room. So you need to hurry to defeat him! Here a video where you can see introduction scene, full fight and defeat of the beast :

Figure depics Odin on his horse Sleipnir, in action pose. He is ready to fight, with his sword Zantetsuken and spear Gungnir. Pose is epic, with cape and mane in mouvement.

Square Enix creates a really beautiful box to go with Odin. Classy black with beautiful reflexion on front, Odin CGI picture inside with his story, and photo montage on the back. 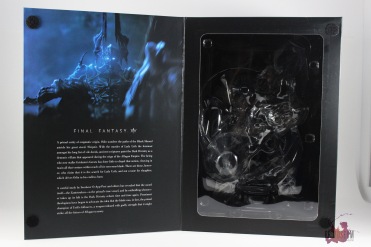 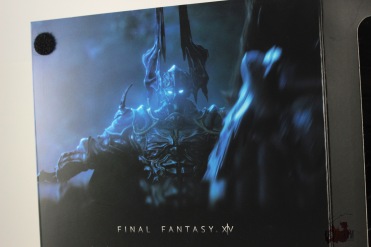 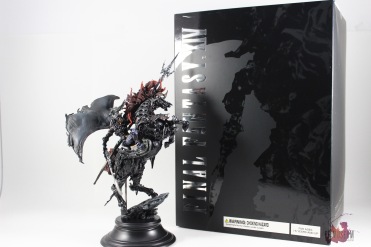 But real attraction is the figure herself, with amazing details! Every angle is gorgeous to look at!

Look these incredible details on armors, horse body or accessories. Colors are perfectly balance to fit with the Dark Divinity.

I really love the tiny shield on Odin’s left elbow.

There is even a mushroom on the base!

Some extra pictures here. First on the left, Odin’s figure is next to a Final Fantasy XIV acrylic plaque, showing primordials (Square Enix north america ultimate member prize 2014) . Second photo, on the left you have FFIX Odin from Master creature volume 2 and on the right, Odin and Sleipnir secret figures from creature series, volume 2. 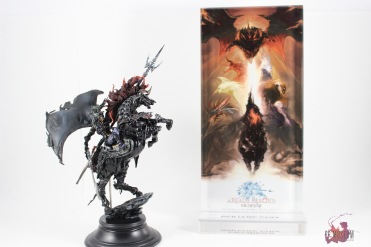 I really hope Square Enix will released more figures like this one. Imagine all Final Fantasy XIV primordial! It could be really amazing! 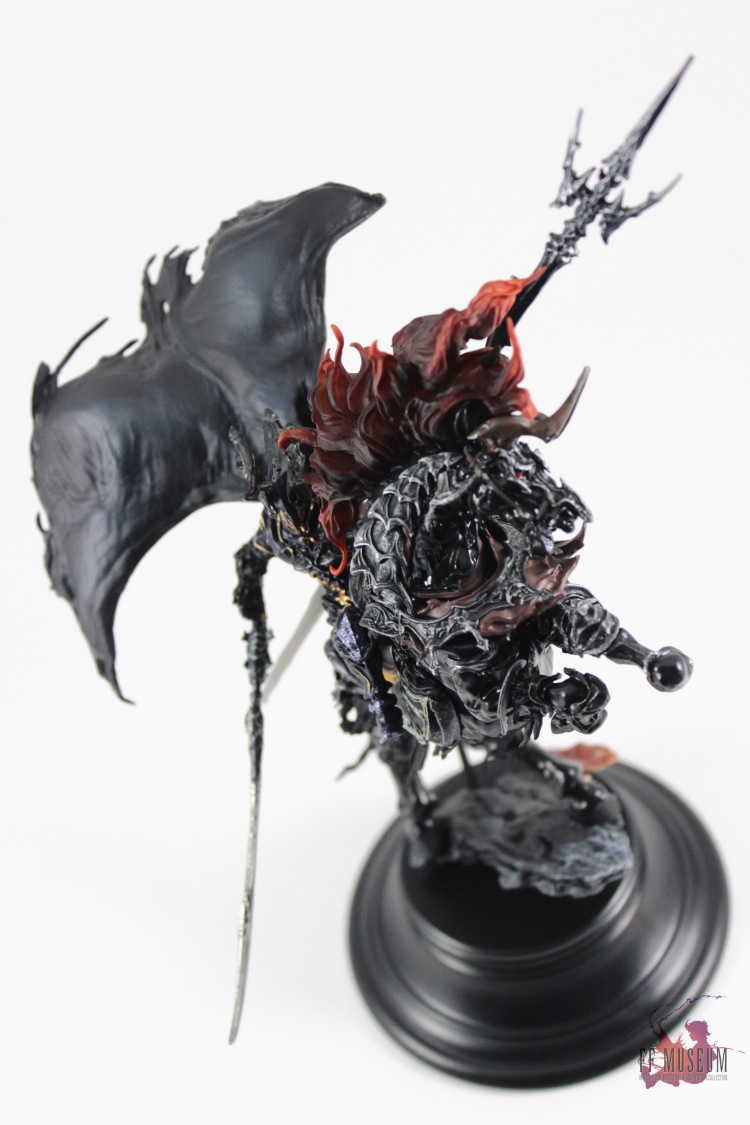