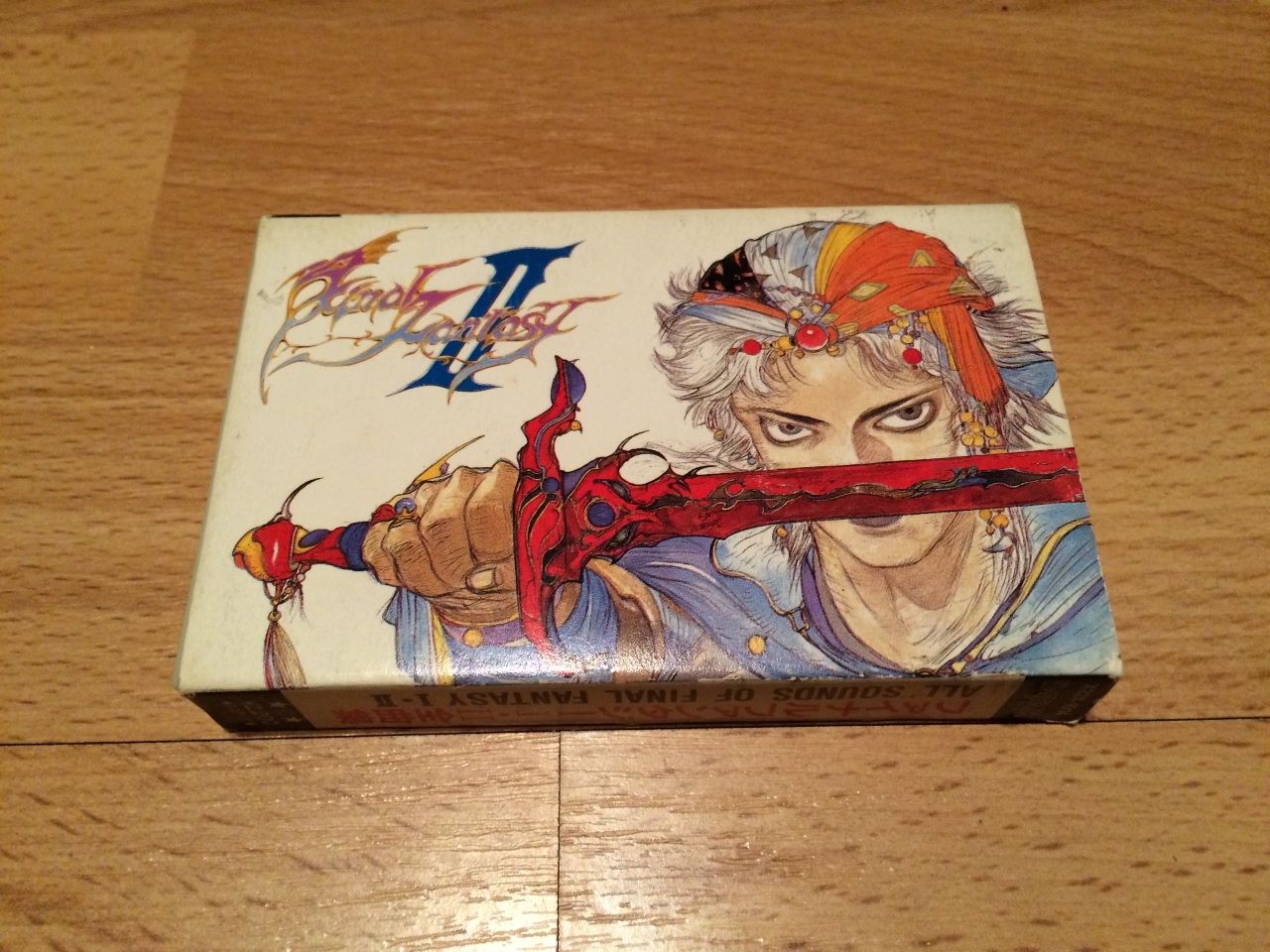 I present you an incredible item today ! A really rare OST tape for Final Fantasy I and II ! It gather all sounds of this two games in one cassette.
I don’t find many information about this one. It’s in fact an alternative printing of CD version, released on December 21, 1988 on Japan. Catalog Number is : X22X-1014
Because of low capacity of Family computer, this two games doesn’t have an orchestral OST. Mister Uematsu did his best with the 3 type of sounds available. Despite this fact, first version of this OST wasn’t well receive by public. An orchestral version was released later, and received great critical acclaim.
Tracks is distribute as follows :
Track 01 : Welcome to FF world (arrange version)
Track 02-21 : Final Fantasy(original sound)
Track 22-48 : Final Fantasy II (original sound)
Track 49 : Farewell FF world (arrange version)
One cover side show main FF II artwork 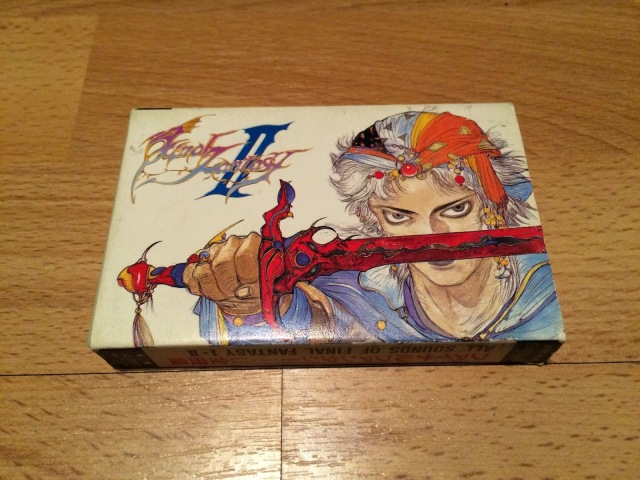 Other side is FF I artwork and information about tracks 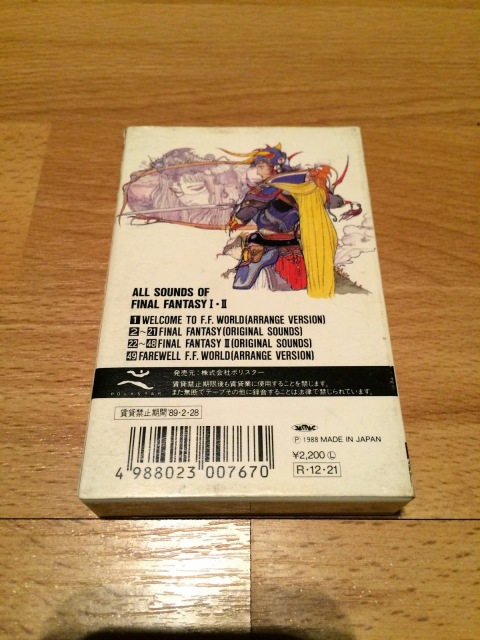 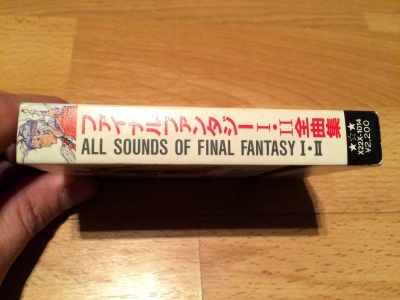 We take out the sleeve 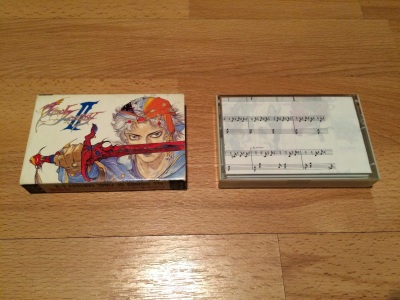 Tape has nothing special. Why this flashy yellow ? 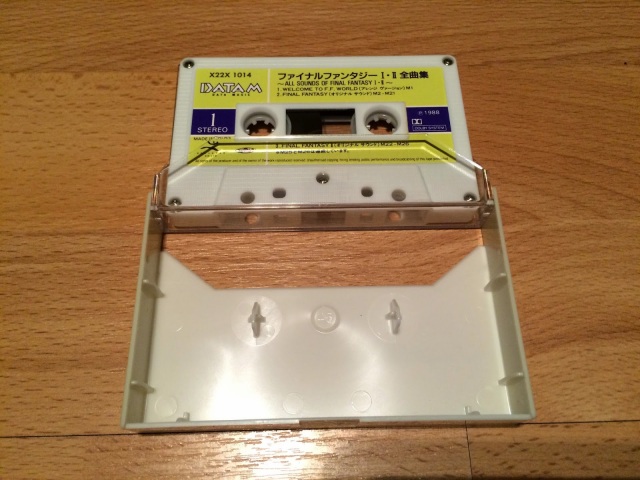 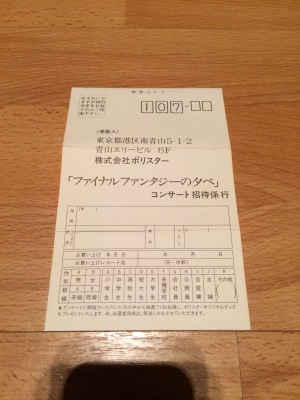 This is the real thing for me (except music of course !) : a two side poster with so much thing !
On the first side, you could see beautiful artwork and complete track list 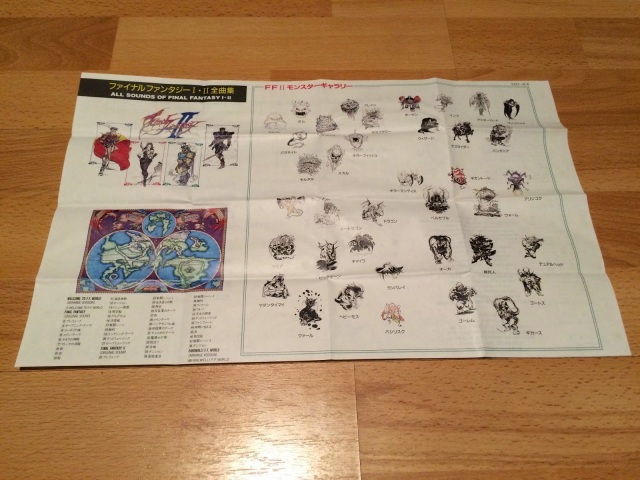 The 4 heroes of light on there original form ! 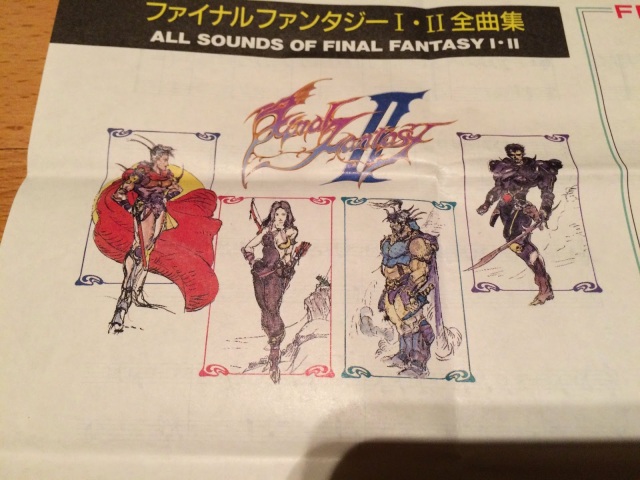 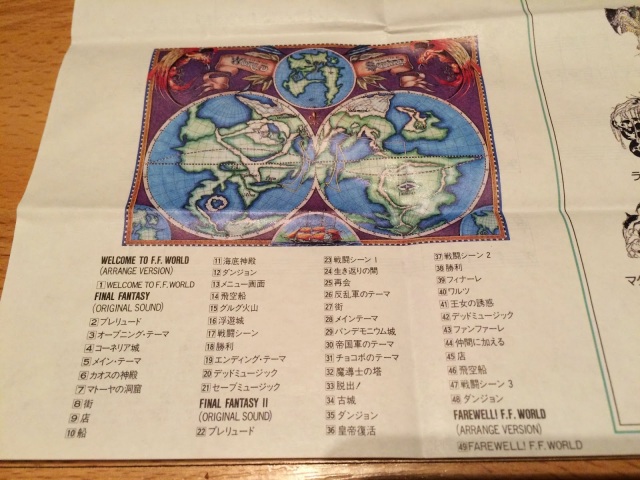 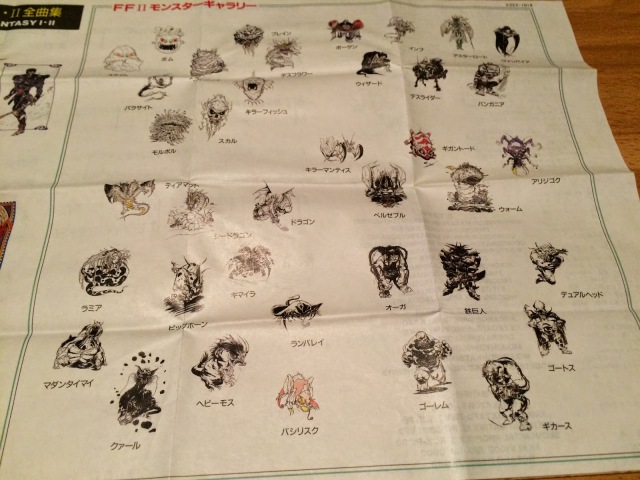 On the other side, music partition and text. Unfortunately, I don’t read japanese… 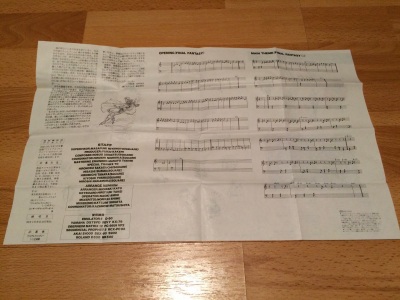 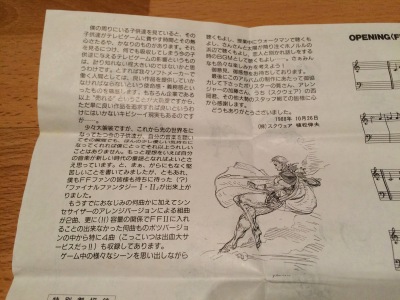 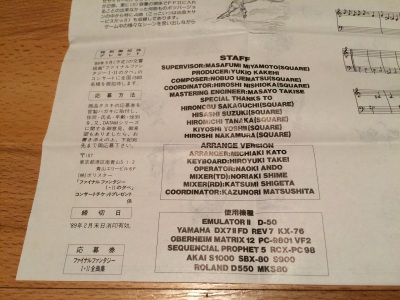 Perhaps someone could play it 🙂 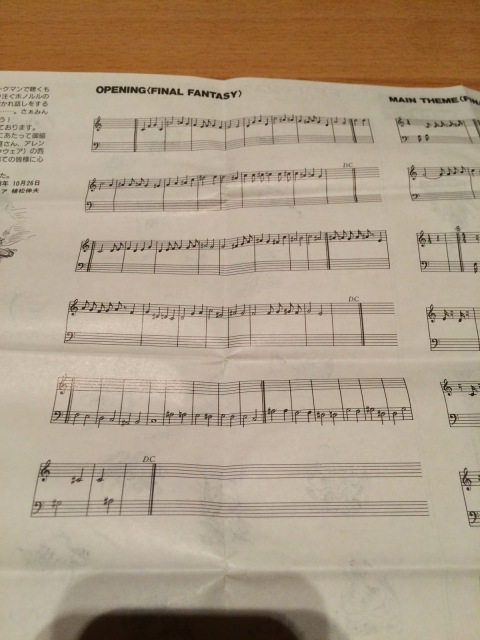 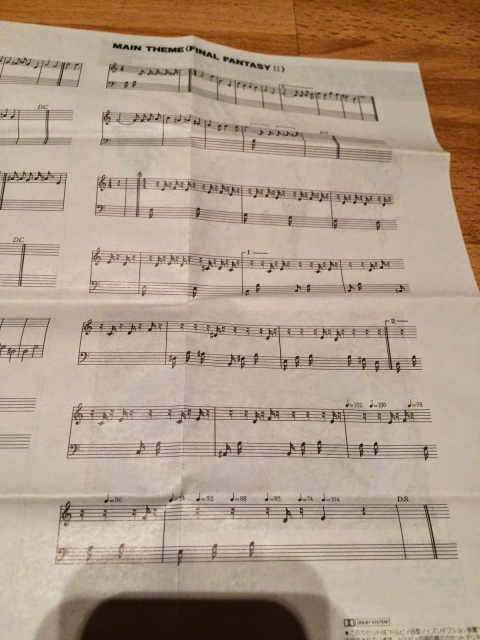 There is it for this beautiful collector item !

I know there is also a cassette for Final Fantasy III, but I never see it for buying ! It’s really rare !