Skip to content
A Final Fantasy movie today ! We talk about Final Fantasy : The Spirits Within, directed by Hironobu Sakaguchi and released on July 11, 2001 in USA.
Despite his great photorealistic computer animated visual, the film received mixed critical reception. It cost $137 million, but only reach $85 million at the box office. It’s one of the greatest financial lost for Squaresoft, and the end of Square Pictures…
I have two VHS tape : US version and Jap version ! I think Jap version is rental, but I don’t find information about that. In fact, I don’t know anybody who have this ! And it’s really easy to find one on eBay or Yahoo Auction Japan.
The two version. Jap version on the right make me think about a romance movie only ! 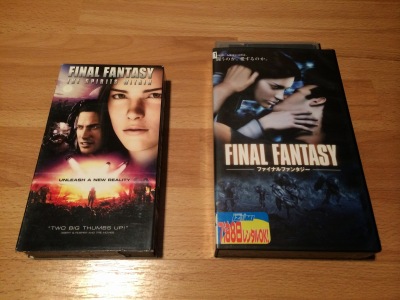 We begin with US version 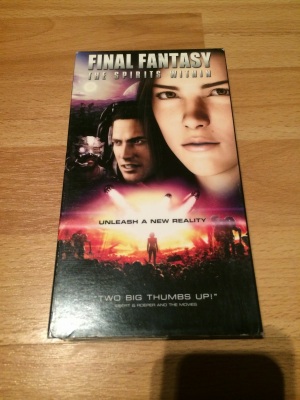 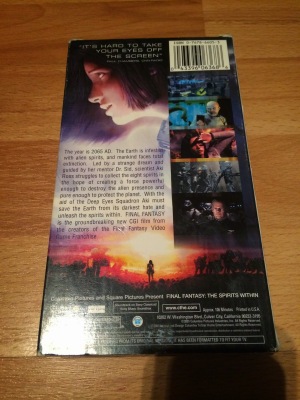 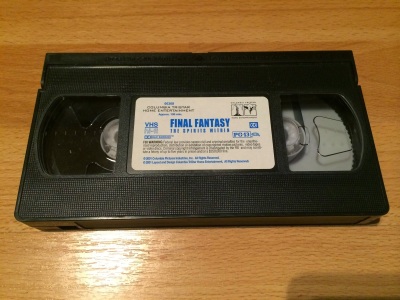 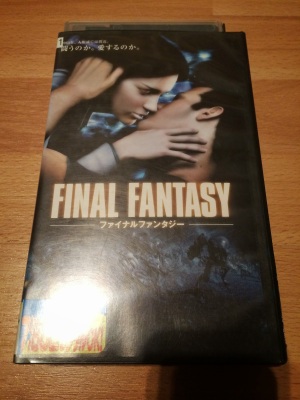 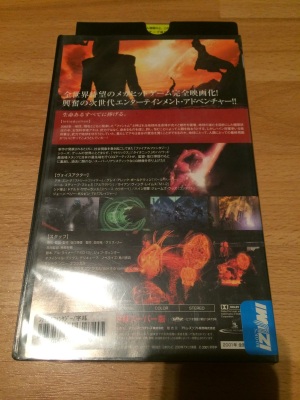 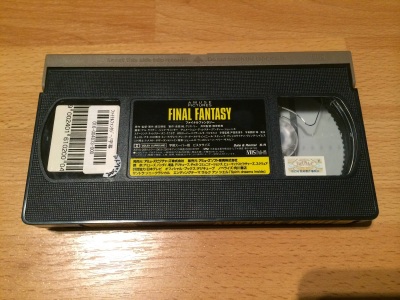 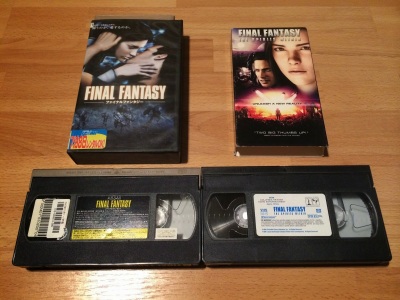