Today I begin presentation of Final Fantasy episode for Gameboy on US with Final Fantasy Adventure. It was released on November 1, 1991.

It’s a spin off title of the main series, with many different names ! On Japan, Seiken Densetsu : Final Fantasy Gaiden, on Europe : Mystic Quest (even if it,s not relative to Mystic Quest on SNES).

In fact, it’s the first episode of Seiken Densetsu series, and Sword of Mana is a remake for Gameboy Advance.

It’s hard to tell if it’s really a Final Fantasy, but I include him on my full set list for US.

Cover, front and back. I have the Sunsoft edition, but there is also a rare Square edition. 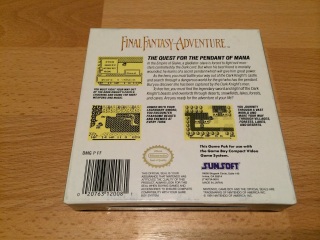 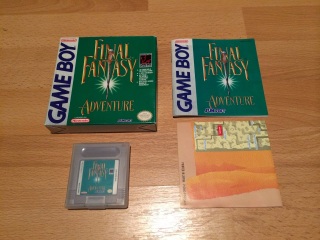 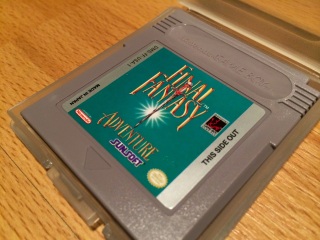 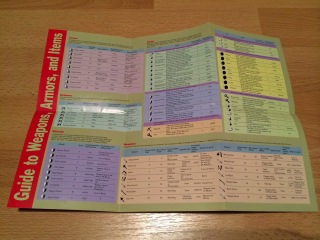