Skip to content
I learned Final Fantasy Mystic Quest have a special place on Final Fantasy series.
Released first in USA on october 5 1992, then on Japan (a year later, on 1993), it’s an episode create specially for younger US players. Many elements was simplified compare to other main series episode to familiarize player with this type of RPG.
That’s why Japan title contain “USA”, in reference to the US origin of the episode.
I found a mint copy !
Front and back cover, with original protection !

All contents, in mint condition woohoo ! 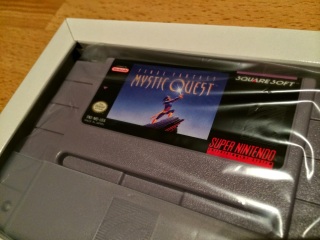 Map, nothing on the back 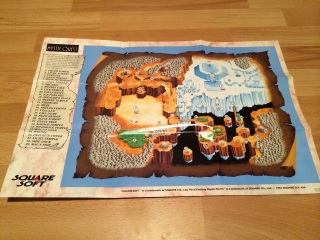 Booklet, with many explanations and guide for the adventures (like FF II and FF III) 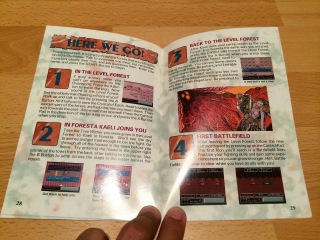