Skip to content
There it is, the famous Final Fantasy III for Super NES ! It was released on October 20th, 1994, 3 years after Final Fantasy II.
Everybody know that’s not the third episode of the series. It’s just because FF II, FF III and FF V wasn’t released out of Japan. So It’s in fact Final Fantasy VI.
This time, no changes to gameplay or difficulty, but some restriction against nudity and religious reference. Also, some difference in translation can be found, because of Nintendo politics.
20 years after is released, it still an incredible RPG. Every FF Fan should try it !
Here the cover, front and back 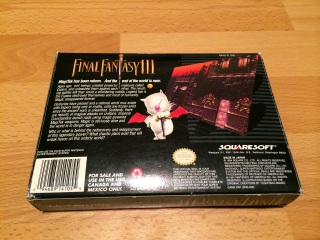 Many things in the box to have a complete edition ! 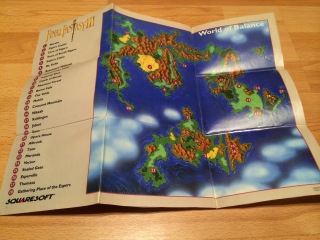 A poster and some commercial (I never seen this item for real !) 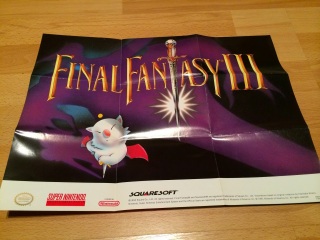 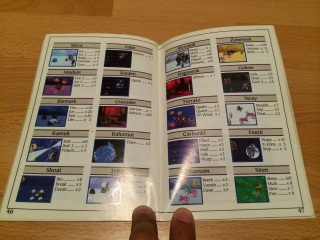 So many great characters !